Well, the move to Enumclaw is complete … at least all the animals are here anyway!

The past summer has been all about building fences and moving hogs, horses, chickens and sheep … that’s right… we traded our last Jersey cow for a little band of Katahdin sheep that are really cool actually.   And easy to take care of!  As compared to hogs anyways.

There’s this little wether we call Lewis … after Meriwether Lewis of course … and he’s so completely friendly I donʼt think weʼre going to be able to complete the ultimate task that is the traditional destiny of wethers …  and to warm my heart fully the other day, I witnessed our little Katahdin band eating blackberry leaves!!! 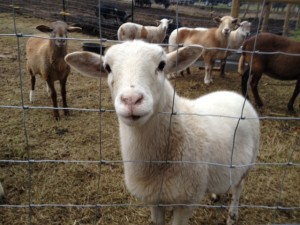 Blackberries are for eating but blackberry bushes are to make disappear in whatever fashion one can fathom. That old movie “Apocalypse Now” is coming to mind … “thereʼs nothing like the smell of Napalm in the morning …”

I know, Iʼm a wildlife biologist who shouldnʼt be having thoughts like this … Our little farm in Enumclaw is basically a blackberry forest. The mother of all blackberry forests Iʼm quite sure. If some bored botanist somewhere conjured up the idea of tracing the blackberry species back to its beginnings, Iʼm sure that journey would end right here on our little farm.

Blackberries are evil.  And I’m convinced that they know fully when someone with malicious intent has entered their lair to do them harm … Blackberry stalks (I would say vines, but the word ‘vine’ doesn’t come close to giving the reader an accurate description of their destructive powers) …  yes, blackberry ʻstalksʼ are out to get you … and theyʼre quite good at it.

Our house is up on a knoll from the farm down on the flat, and we drew straws to see which of us would be the unlucky soul to run the extensions cords we needed to power up the heat lamps for our soon-to-be farrowing momma hogs down the slope and through the blackberry forest to reach the huts.  You guessed right!   Yours truly was ‘awarded’ the assignment. 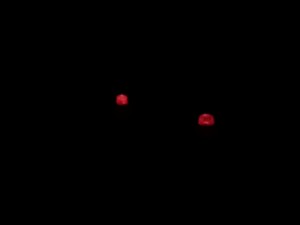 Now … this area, on the slope between ‘headquarters’ and the farm contains the absolute oldest of old growth blackberries in existence on our farm- the genesis of the blackberry in the Pacific Northwest.

As my loving family was helping me adorn the toughest of Carhartt armor, I was looking down through this mass of brambles from hell and seriously considered my fate … did I ever update my will like I planned on doing?  If I perished in this wilderness of thorn and trip cords would anyone even be able to recover my remains?  Would I be left to all manner of slimy bottom dwellers that scratch out their living in this God-forsaken environment?

Anyway, down the slope I went …basically a cardboard man into the virgin blackberry forest … the slope was actually steeper than I thought with a rock talus substrate that immediately gave me the sense that perhaps it wasn’t the blackberries that were going to do me in after all…  and since the rocks were all so very effectively camouflaged with various moss and lichen species there really wasnʼt a clue to be had where to effectively put a foot down …

Then amazingly it dawned on me that this blackberry forest could actually be saving me at the moment … so effectively did its stalks have me encumbered by foot, hand, leg, and ankle there was no way our beautiful stalky forest was going to let me go careening off this precipice to my imminent peril!

And since my loving family, those folks that were so eager to send me out alone into this wilderness, had so lovingly wrapped me up in the toughest Carhartt canvass, the thorny nails inherent to this morass could not penetrate my skin.  All I had to do was somehow break an arm and a leg and another arm and a leg free, momentarily anyway, to work my way down country and try to hang the extension cord lifeline, one tree at a time, all the way down to the grassy meadow (and new pastures) below.

Needless to say, since Iʼm sitting here writing this little narrative, I did make it down through bramble and boulder and stalk and trip cord, and we were able to get the heat lamps up in time to warm our first Enumclaw litter … from Joan, her second, who successfully gave birth to 10 little black and white gremlins (pigs, not actually gremlins silly).

Itʼs nice when the days on the farm turn out so well!

So, my perspective has changed slightly about our blackberry forests. But not entirely … I wonder who I can call for some of that napalm? Do you think the neighbors would mind?