Ok, I’ll come out on this one…  I like music.  I like to hear it…  I like to connect songs to eras – remember where I was and what I was doing when that song came out…  I like to fool around writing it.  And of all the artists that have been around in my day… the Beatles were my favorite…

Pigs have gotten a bad rap.  Unknowing folks, which are most folks, relate pigs to ‘pig sty’  ‘pig pen (Charlie Brown)’,  ‘you’re dirty as a pig’,  ‘you smell like a pig’,  ‘you eat like a pig’, ‘you need to quit pigging out’… you get the picture.  But pigs are extremely cool animals.  They’re smart.  They’re curious.  They love adventure.  They love new ground and things to explore – stumps, logs, tarps, baling twine, my jeans, fence posts, the fine art of destroying their huts, their neighbors, and most of all… my muck boots!   I think they’re just fascinated in how that hard rubber springs back after they bite into it.  They also love to play the game ‘hog pan toss.’   It definitely should be a sport added to the next pig Olympic trials.

Some hogs don’t toss the pan though… they just like to carry it around.  Maybe they just want to re-arrange their cribs.  Maybe they’re just trying to get through my thick skull that if I keep giving them water in the same spot every day it’ll turn into a swamp… but they love swamps, so that doesn’t make sense. 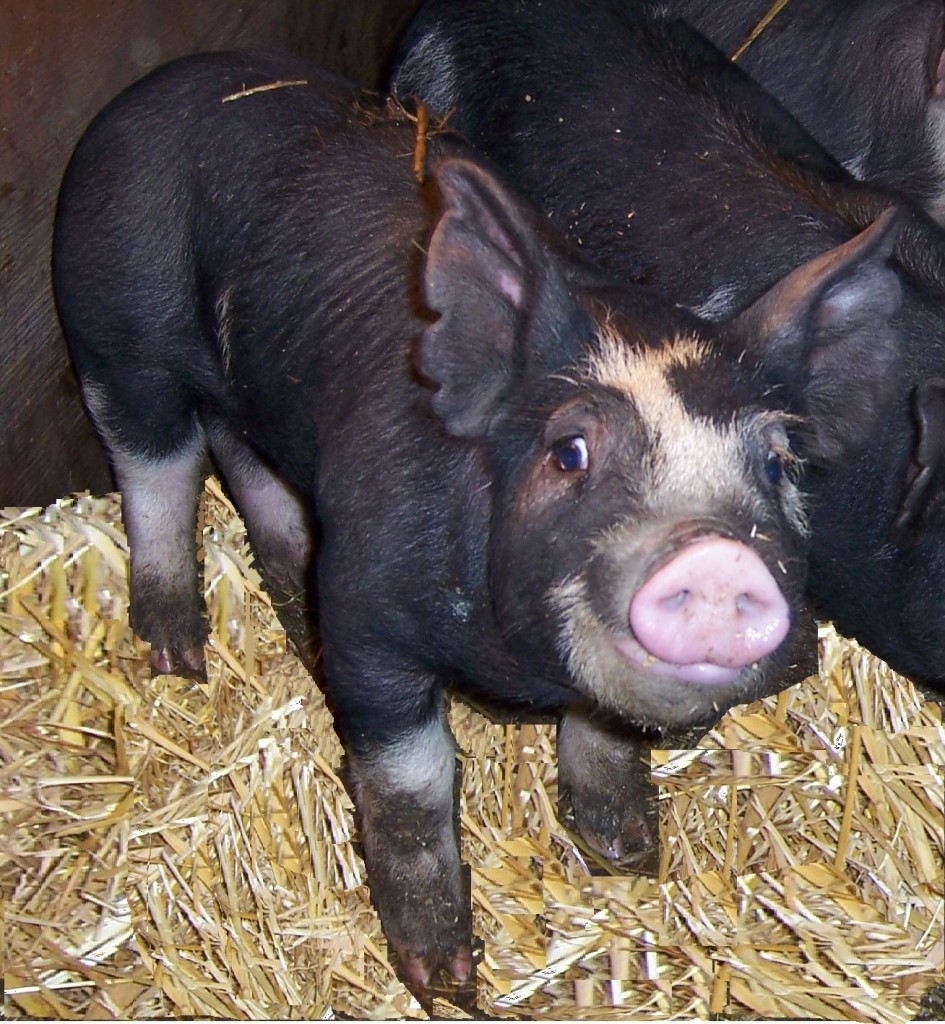 Pigs are perennial optimists.  They see the good in anything, and can take it when things are rough – blinding snow, horizontal sleet, monsoon rains, howling winds, blazing sun… all of which can happen here in just a single day!   I call it ‘Extreme Farming’… another story for another day.   But most of all they love the hail… the bigger the better.  They can push it around then it just disappears!  Amazing!  Pigs are easily amazed.

Pigs also sleep in.   All that stuff about farmers having to get up before dawn can be easily tossed aside with pigs.  They know when feeding time is.   Why get up and stand around like fools hours before it’s time to feast?   I feed them in the afternoon…  it’s the musician schedule… they don’t do anything before noon!

And when feeding time comes… they come alive.  I close my eyes and can picture myself as John Lennon at Shea Stadium in 1964…  I swear those gilts can scream and shriek just like those girls did for the lads back in the day…