It’s winter here at Wilderness Farms … and it is Montana, so it can have a particular hard edge on it.

But it’s a quiet time and the animals seem to take it all in stride. This winter has actually been milder than most – so far – and we haven’t had much snowfall that’s stuck around – yet.

Everything is a bit more difficult in the winter, and takes more time. I bet I spend 15 minutes a day just getting in and out of several layers of assorted clothing … and here’s a special thanks to the makers of those arctic sport Muck boots …

Water is the most difficult thing right now. We don’t have water lines/frost-free hydrants run out to where the hogs are, so it’s all about 5 gallon buckets (with lids) on the back of the ATV. It’s good for the upper body though … helps mitigate those long hours inside eating more than we should. Especially during the holidays! We grind all our own feed so often all you can hear is the sound of the grinder doing what it does off in the distance.

The usual winter wildlife suspects have settled in here with us as well … chickadees and nuthatches do their best to empty the bird feeder (all sunflower seeds) before the wild turkeys do … turkeys have really come on strong in numbers here over the last several years. They’re one of those species that seems to get along with us humans pretty well … until around Thanksgiving when they disappear suddenly … for some reason. Our April and June gilts (Sweetness, April, BB, and Miss T) did feast on one, however. It was young and obviously inexperienced in the importance of getting out of the hog pen in time …

It’s always a challenge keeping the deer off the alfalfa … we feed quite a bit of alfalfa to the hogs – a good source of vitamins/minerals that they need … whatever we do the white-tails seem to get some; but it’s their home too so we don’t mind sharing a little bit. A beautiful male northern goshawk came through a few days ago … we don’t see them very often. The chickens scattered – it’s amazing how these birds that are not usually thought of for their intelligence ‘get smart’ pretty fast on matters that are really important.

Anyway, we’ll be breeding a couple gilts here this month (April and Sweetness), so we’re upping the grain a bit for them (flushing) and our handsome boar (Broadway). Then he’ll have a visit with Babe and Emily next month, and BB and Miss T in March. 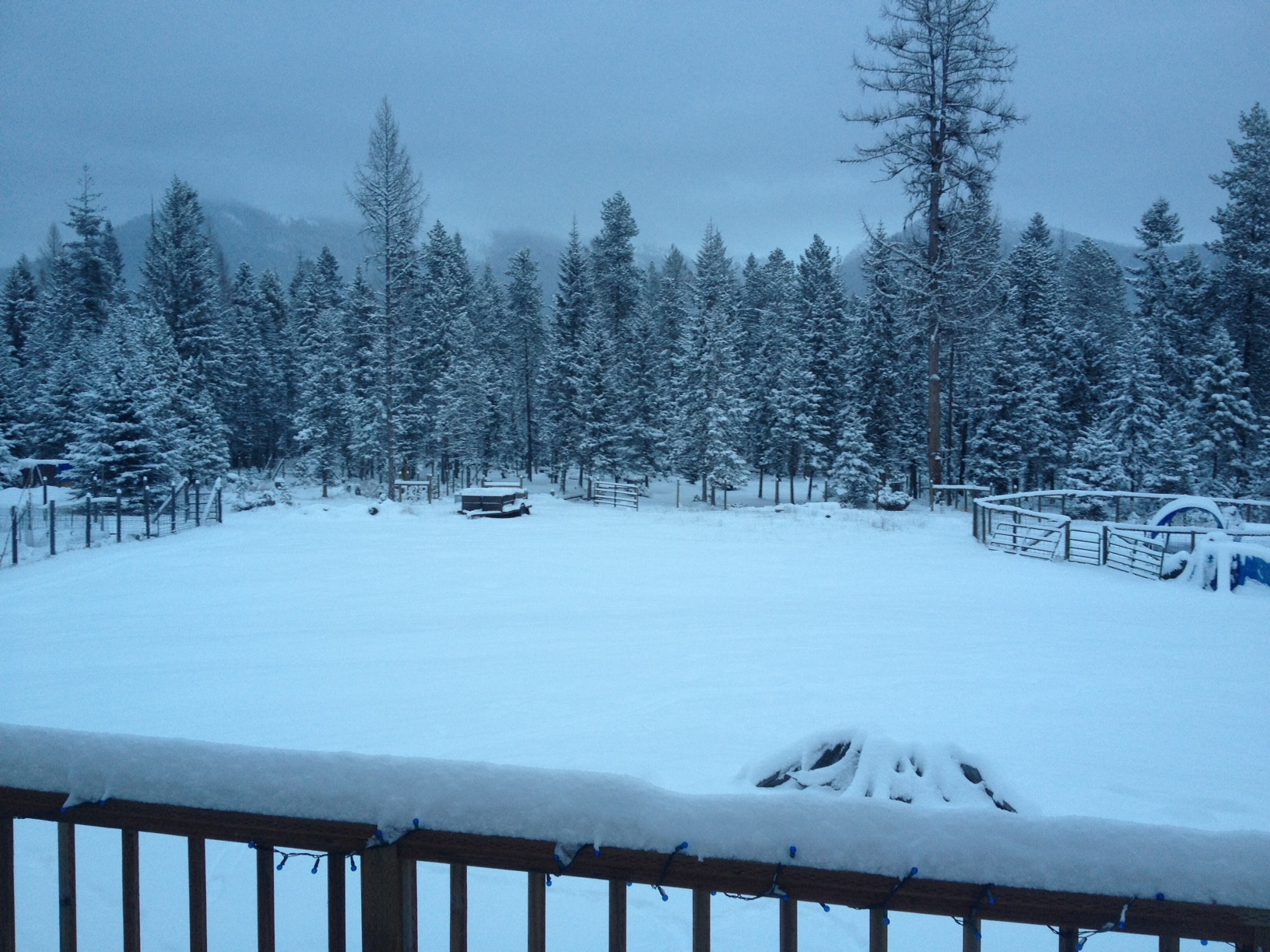