Over the years, I think I’ve had all manner of exercise machines and gadgets. Doing my best to neutralize these rather robust eating habits I have. I even bought this huge Universal system awhile back just because it’s like the one we had in our high school gym back in the day! But the house isn’t a high school gym so you can imagine how many essential household items this massive erector set evicted from the home. Not exactly fodder for domestic tranquility.

But a true Heritage Hog Farmer really doesn’t need machines or gadgets to stay in shape … she/he (normally she and he) has the farm! And this is particularly the case in these northern winters. If you are blessed with the presence of the ‘delightful’ snow … as that song goes … it’s possible you could compete with Mark Twain’s bullfrogs in the jumping contest … as Yoda would say: ‘the legs get strong they do’. But tired. And sore. Do they still make that old “Ben Gay” ointment? I could use some of that.

And, of course, in the Great White North it can get cold. Colder than a well diggers ass in Montana cold … Frozen snot cold … eye watering cold … you get the drift … but we get the snow drift. So, in the cold, stuff freezes up. Especially anything having to do with water. Yes, when the hydrants freeze, which they all most certainly do when the mercury drops to around the no number mark … it doesn’t seem to matter how deep of a hole they’ve been planted in … they just stop doing their darn job. And thus, it’s the bucket brigade. How fun! Let’s put that Universal back in storage, honey … it’s now buckets or bust!

We have two hydrants. The one outside freezes first of course (ok you plumbers with all your expert advice regarding how to set these devices to prevent this from happening … I’ll present you with a challenge … you can come up here and install one ‘properly’ as you say …. If it lasts a single winter without denying me the product I depend on it for, I’ll pay for it. When it doesn’t, I won’t … any takers? The one in the barn lasts longer. The pipe wrap works a little better in there but inevitably it freezes, then it’s onto the buckets.

I put a faucet in the basement finally after a couple years of the bathtub bucket drill. Ah yes, lifting 40 lbs out of the tub and carrying it down a flight of stairs unscathed is quite the trick.

Winter is just harder … but man it keeps you in shape … the silver lining. 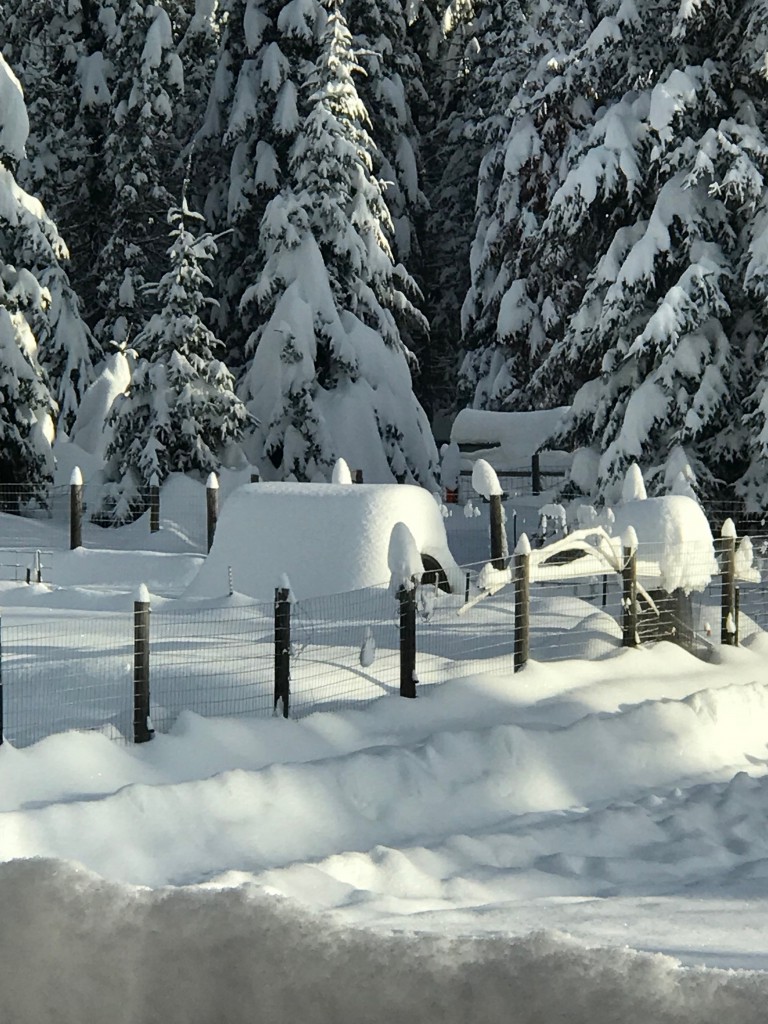 So if you’re considering one of the perpetually evolving ‘medically proven’ no carb, high carbs, all meat, no meat and on and on diets … maybe you should just get some land and be a heritage hog farmer!

And then you’ll also have the thrill of the mud … the delightful dust … the occasional face plant in both … serendipity if you will.

So, it’s January. If there is a marathon somewhere I could go run it. Basic training again … not a problem. But you know, who would take care of my hogs?

Love those rascals. Give them a scratch now and then. They’ll make the long winters worth it. And keep you in shape.